Nuestros Pequeños Hermanos International (NPHI, Spanish for “Our Little Brothers and Sisters”) is pleased to announce that Ricardo Klayen, an Hermano Mayor (older brother) who grew up at NPH Mexico, has been appointed as NPH’s Regional Medical Coordinator for Bolivia, Honduras and Peru. 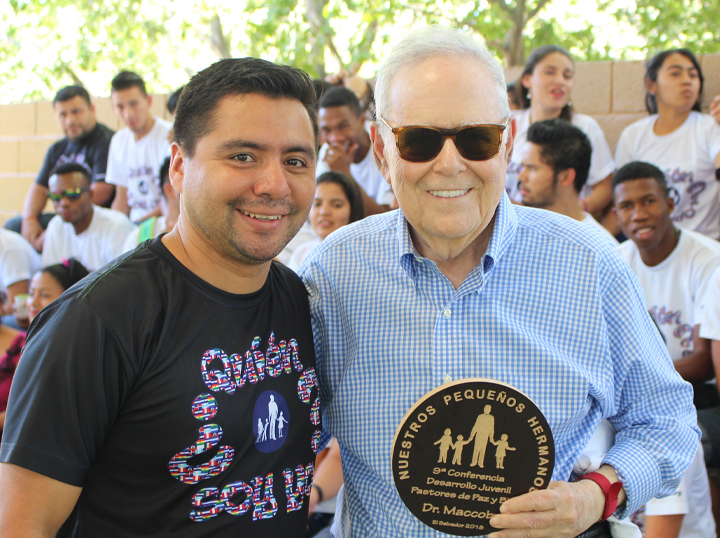 The Regional Medical Coordinator is a vital member of the Medical Services department within NPHI. This person is responsible for the promotion of the NPH health policy and Health program globally, as well as providing administrative support, training and oversight to the health professionals in each NPH country.

For the last eight years, Ricardo has been working in NPH Mexico in different roles such as a health promoter, coordinator of the leadership workshop and the Hermanos Mayores program. He studied at the Autonomous University of Nuevo León in the city of Monterrey, obtaining his degree in Nursing. He later worked for the Cristus Muguerza Hospital and the Highly Specialty Technological Hospital of Monterrey as a General Nurse in departments such as Internal Medicine, Home care and Mental care.

Ricardo has been involved in leadership groups and took part in different workshops locally and internationally. He was part of The Seattle Institute program in 2013, attended the ILEAP program in 2015, and was a participant in the program from Perennial in 2016.

With all the learning he gained, he was able to contribute to the NPHI family services team in the Youth Development workshops that were developed for young men and women from the nine countries from 2015 to 2019.

In June 2022, Ricardo completed a Master of Business Administration (MBA) at the Latin American University of Cuernavaca, focused on Social Return of Investment and impact measurements.

“First of all, I would like to thank all the wonderful people across NPH who has contributed to my personal, academic, and professional development,” says Ricardo. “I have learned many invaluable things during my time as a collaborator at NPH Mexico.

Photo above: Ricardo and the late Dr. Michael Maccoby, a longtime NPH collaborator.

Related Information
• Our Impact: Medicine and Health
• How Your Help Makes an Impact at NPH