For over 50 years, NPH USA has supported Nuestros Pequeños Hermanos (NPH, Spanish for “Our Little Brothers and Sisters”) through fundraising and volunteer efforts. 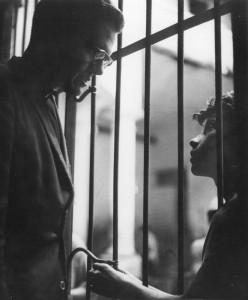 On a hot summer day in 1954, a young boy entered a church in Cuernavaca, Mexico. His name was Carlos, and his hunger drove him to steal money from the collection box. Carlos was arrested and due to receive a harsh sentence for his crime. The newly ordained priest of the church, Father William B. Wasson, asked the court to show mercy. He asked the judge for custody of Carlos so that he could feed him, clothe him, and provide a home for him. The judge accepted. In fact, the judge continued to send boys to Father Wasson. By the end of the year, 32 boys were in his care and Nuestros Pequeños Hermanos (NPH, Spanish for “Our Little Brothers and Sisters”) was born.

NPH provides orphaned, abandoned and disadvantaged children with an opportunity to end the cycle of poverty. Children are given a safe home, warm meals and an education. Most importantly, they are given unconditional love and support.

In 1965, NPH USA (then Friends of Our Little Brothers) was incorporated in Arizona to support NPH. Four years later, Our Little Brothers and Sisters, Inc. was established in Virginia also to raise funds for NPH. It later established fundraising offices in Europe as well as Canada. Affiliated but separate NPH USA fundraising organizations were subsequently formed in Minnesota (1986), Washington (1988) and Illinois (1999). On July 1, 2005, the fundraising offices in Arizona, Illinois, Minnesota, and Washington became regional offices of the national organization – NPH USA. In addition, new regional offices were formed in Miami, Florida, and Washington, D.C., which were made possible by the fundraising support of Our Little Brothers and Sisters. 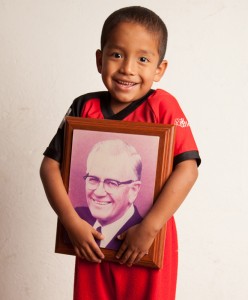 Thanks to the financial support from NPH USA, the NPH family has continued to grow, too. Through our partnership we have rescued and raised more than 20,000 boys and girls throughout Latin America and the Caribbean. Today, NPH has homes in Bolivia, the Dominican Republic, El Salvador, Guatemala, Haiti, Honduras, Mexico, Nicaragua and Peru.

The needs are much greater than they were in 1954. Issues of poverty, homelessness, HIV/AIDS, and overall unhealthful and dangerous conditions in Latin American countries make our work more important than ever. 13.4 million children have been orphaned by HIV/AIDS. This year in Guatemala alone, this epidemic will orphan over 32,000 children. About 1 million children are exploited annually in the multibillion-dollar sex industry. Approximately 246 million children are engaged in exploitative child labor. 75% of them are in hazardous environments. 40 million orphaned and abandoned children live in extreme poverty in Latin America alone.

Our work is vital. Together we can save lives. Please join us. Help us end the vicious cycle of poverty and abandonment, by giving love, homes and futures to children in Latin America and the Caribbean.

Make a Donation
Sponsor a Child

Attend an Event
Other Ways to Help