FIELD REPORT: NPH Arrives in the Town of Maniche

Nicolas Wasson, an Hermano Mayor (“Older sibling” who was raised at the NPH home), wrote this after a mission to Maniche in the south. At the age of 6 months, Nicolas was one of the first two children to move into NPH Haiti’s main home, St. Helene, in Kenscoff. Today he is 33 years old. 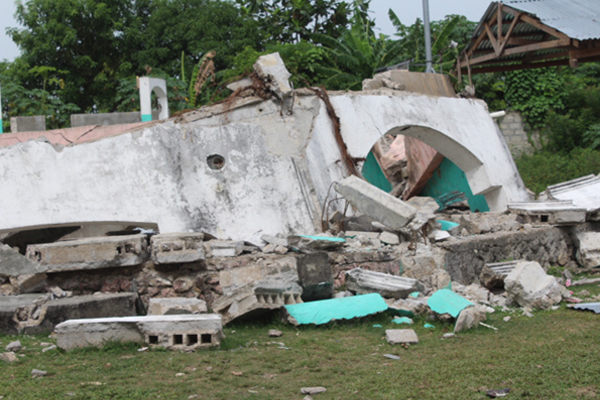 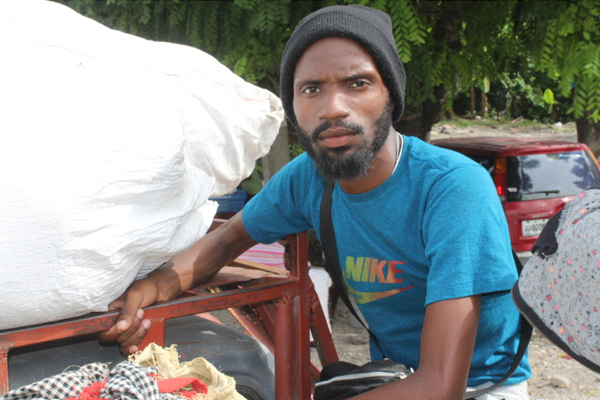 There is a Haitian proverb that says “bonjou se paspo ou” or “a hello is your passport.” In Haiti, it is considered very impolite to enter a town you have never been to without saying good morning. Usually, the person entering a new place should be the one to initiate a conversation with the salutation.

Yesterday, we were able to visit one of the areas worst affected by the earthquake: Maniche, a town in the Sud department in the southwest of Haiti, in the hard-hit Les Cayes area. It took us two hours to arrive there along a road that was very narrow and dusty, and blocked in many places by boulders that had fallen from the mountains. Our taxi driver was armed. We had to be alert. There were just two of us: Elisca Patriscky, who grew up a FWAL (Father Wasson Angel of Light) and studies photography at university through the NPH Don Bosco Program, and myself, an ex-eleve from St. Helene. We were there to assess the damage of the earthquake and write an assessment report.

So why did I begin this testimony with the proverb? On arrival in Maniche, we wanted to greet people as according to Haitian customs, but no one was able to welcome us. The town has a population of around 22,000 and they are usually very friendly. But of course, we understood that these were equally strange times. We couldn’t expect the red carpet.

We quickly noticed that many of the basic services were no longer there. For example, there is still no potable water. Many people have to drink from the river. This has been the case since the earthquake hit three weeks ago. We also could not see a police station. The people of Maniche were getting very angry because the town’s mayor had stolen almost all the aid that was supposed to go to the people who had lost everything.

I was able to talk to one of the local traders who told me that her house was destroyed in the earthquake. She was so emotional. It was the first thing that struck me. Her first question was, “Are you from Las Cayes?” I answered no, that I’m just here to talk with people who needed urgent support. She then began to recount her story little by little, how on 14 August she left home as she did every morning at 4:30 am to sell some little things in town in order to feed her children. Sadly, her 6 children remained home that day. They all perished.

“I have lost my home and my children,” she told me, with tears rolling down her cheeks. “When I said goodbye that morning, I didn’t think it would be for the last time. I don’t know what I am going to do.”

Patriscky and I felt so sad for her. I didn’t want to upset her more. Unfortunately, the more we talked with people, the more we saw that there were so many suffering similar situations.

We were unable to cross the great river that separates the town from the nearby mountains that we wanted to climb. We didn’t have the transport or equipment. While trying to find someone to give us directions, we were approached a pastor whose house and church were also destroyed. He reconfirmed what others had told us, that the mountain communities were the worst affected areas, and we should take a donkey to see for ourselves. “Boulders from two mountains had caused considerable damage,” said the pastor.

Other people in the town advised us against going, saying that the trek is very dangerous and quite far away. Over one hundred people had died up in the nearby mountains, with many homes destroyed, and not even rescue workers have been able reach the communities to help the victims.

This is a difficult time for the people in Maniche and the nearby communities. Love and compassion are all that we can offer to help the desperate people in Maniche to find hope. Let us continue to offer them our support for as long as you can, and let us also remember all the victims in our prayers. We are very pleased to be part of this solid team.

Please give now to support our Earthquake Emergency Relief program in Haiti. You can make an impact now.

• Latest News about the Eartquake – >