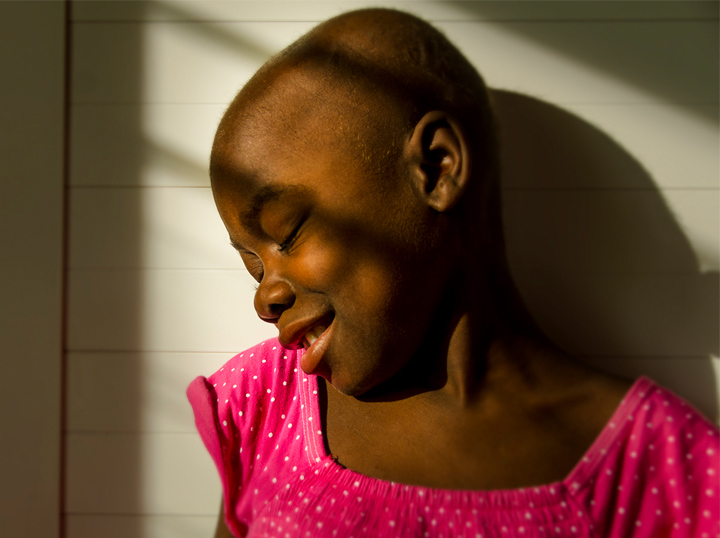 My childhood memories of Christmas were a blend of wholesome winter sports (like skiing, skating, tobogganing, and snow ball fights), and deeply affirming messages about people, God and life.

Christmas was joy, with no sense of hardship.

I learned fast, however, that most people in the world, especially children, live in circumstances that are harsh, life threatening, and relentless.
Even at Christmas.

Christmas as Mary and Joseph knew it was wrought with painful confusion, death threats leveled against their baby, and exile into the land where their ancestors had been slaves for 430 years.

And yet, there were voices of angels at every turn.

Christmas was hardship, borne with peace.

Such a peace, described in the Scriptures as far surpassing any peace this world can offer, taught this small family to mine their sufferings for the precious gems of wisdom, like coal crushed by oppressive weight into diamonds, and to drink fully of even the smallest joy.

The current celebration of Christmas, liturgically called The Nativity of the Lord (Latin natalis, Old French nael, current noel) marks the close of another decade in the history of salvation.

Even a cursory glance at the world around us could give the impression that we, and our whole planet, are much closer to total destruction than we are to the halls of glory.

Here in Haiti, a very tiny part of a world-wide narrative, we are closing ten years of profound suffering and tragedy.

The decade began for us with an earthquake so devastating, that it caused more death and destruction than the two atomic bombs the ended World War II, combined.

Then, before even a year passed, we were plagued with a relentless scourge of cholera.
At our centers alone, we received over 100 people each day, for months, and then reduced numbers, for years.

As we dealt with these whirlwinds of pain and death, we were hit with a number of tropical storms and the massive Hurricane Matthew, which brought devastation in Southwest Haiti to two million people, their homes, and their farms.

Also, during this score of years, the value of Haitian currency slowly declined, and then more rapidly, such that by 2019, the gourde had lost two thirds of its value.
Over the same period of the loss of buying power, it cost 20% more to stay alive.

As this poor and wounded nation struggled to deal with all of this, crime rose steadily, within institutions and on the streets, and finally chaos prevailed, as the whole country suffered violent public convulsions, that have shaken Haiti profoundly, for the last 17 months.

People openly ask, “Where are the voices to scream out against this terrible suffering?

Jeremiah registered this same complaint 26 centuries ago:
“Even the prophets and priests forage in a land they no longer recognize” (Jeremiah 14:18)

Jesus was born into a world that is very much like ours.

At the time of his birth, there had been no prophet for 400 years.
No one to speak the powerful and clear God-given word.

It was said that God withdrew his Spirit from the people, for centuries.
Jesus way of explaining such a dark night is that God’s Spirit withdraws, sadly and reluctantly, from hearts wherever there is no welcome.

Over time, the human refusal of the encounter with God has a devastating effect.
Everything that was once revered as hallowed (the human soul, a person’s destiny, the Created world, among many other dimensions of life) becomes totally hollow.

The panic behavior used to fill the emptiness becomes frenzied, self-destructive, and deadly for all life systems. I have heard zeal described as tripling your speed when you have lost your direction.

Hollowness turns up the speed on “an eye for and eye and a tooth for a tooth”- and then races to far worse.

After 400 years of silence, God decided to speak.

And the Word was made flesh.

The Word, silent and helpless, born into a world where religious institutions had become stagnant, corrupt and rich, where the political landscape was rife for explosive revolution (Jesus was suspect as being part of this), where the highways and byways in all directions were full of bandits. Charlatans, religious or otherwise, abounded.

Jesus, silent and helpless, was born into a world shaped and reshaped by Roman oppression, in a region ruled by the iron fisted and paranoid Herod the Great, who as a Jewish King was a total sellout to the Romans, and a terror even to his own family.

He tried to kill his very son who would succeed him.
And also to kill a “baby threat” to his power.

This last, we soberly remember today, in the liturgy of the Holy Innocents.

The tormented Herod massacred every baby boy that even might be Jesus, according to the mad calculations he made after learning of his birth.

Yes, this was the world Jesus was born into.

No toboggan ride, topped off with hot chocolate.

Enter the Word,
the Word that is most powerful
when silent.

The heavens are telling the glory of God;
and the firmament[a] proclaims his handiwork.
2 Day to day pours forth speech,
and night to night declares knowledge.
3 There is no speech, nor are there words;
their voice is not heard;
4 yet their voice[b] goes out through all the earth,
and their words to the end of the world. (Psalm 19:1-4)

Here is a fresh version of the ancient teaching on the Nativity of the Lord:

Be the word we need to hear – and try very hard not to say anything.

Our institutions, religious or otherwise, ring totally hollow when the members have allowed themselves to be gutted.

True up your community, your family, your nation, by being a true word, and not an empty one, a talking head.

Open your heart, invite the Spirit under your roof.

Carry the true message, day unto day, night unto night, silently with your works, as had been done by good people, just like you, down the millennia.

At St. Damien Pediatric Hospital, we pledge to continue to do the same, here in Haiti, as we have done for many years, in good times and in bad, in season and out, in sickness and in health, with God’s help and yours.

From all of us, Merry Christmas, Happy Holidays, Abundant blessings, and grateful thanks!