Special Updates from the Dominican Republic and Mexico

Thankfully all of our children are safe after Hurricane Fiona slammed into the Dominican Republic and an earthquake struck Mexico on September 19, 2022.

We want to let you know about situations in two of our NPH countries.

As you may have seen in the news, Hurricane Fiona has caused major damage in the Caribbean. After striking Puerto Rico, it crashed into the Dominican Republic near Boca de Yuma yesterday at 3:30 a.m local time, with winds of up to 90 mph.

We can confirm that the children at NPH’s Casa Santa Ana are fine. However, an estimated $10,000 damage was sustained on the farm and greenhouse, which you can see in this photo: 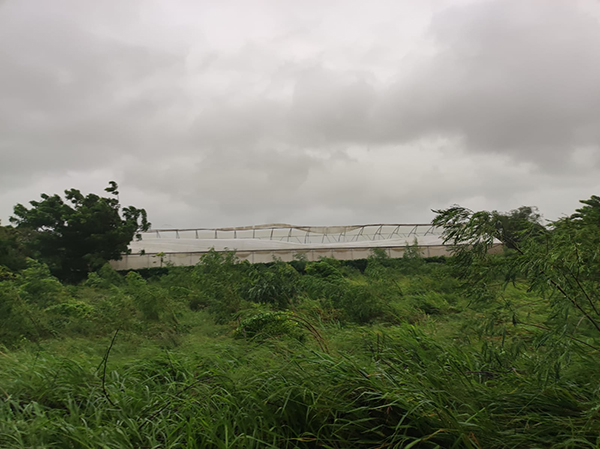 Currently, the power is still out at Casa Santa Ana, which is located outside of San Pedro de Macorís. There are no floods in and around San Pedro Macoris, and the NPH DR team is checking that the local communities are okay.


The eastern areas seem to have been affected more than the south, where Casa Santa Ana is located.

If you would like to donate to the repair efforts at NPH Dominican Republic, please click here.

Yesterday at 1:05 p.m. local time, an earthquake of magnitude 7.4 occurred. The epicenter was 39 miles south of the town of Coalcoman, Michoacan — 248 miles from Casa San Salvador (Miacatlán) and 256 miles from Casa Buen Señor (Cuernavaca).

Thankfully, no one in our NPH family was harmed. The earthquake was felt more in cities and towns in Michoacan and Jalisco.

All of our children and youth were at school during the earthquake. Due to the great earthquakes in 1985 and 2017, all schools, offices, and companies routinely participate in drills.

After the earthquake, the NPH Mexico staff focused on touring all the facilities to check the structures.

No damage has been reported.

The earthquake wave did not affect the city of Monterrey, where our university students’ house is located.

We send our love and prayers to the communities and families that are affected by these events.

On behalf of the thousands of children and families that we serve, thank you for your concern and support.