Hosted by NPH West and South Area Staff and Board

If you have any questions, please contact Aubrey Sanders at asanders@nphusa.org. 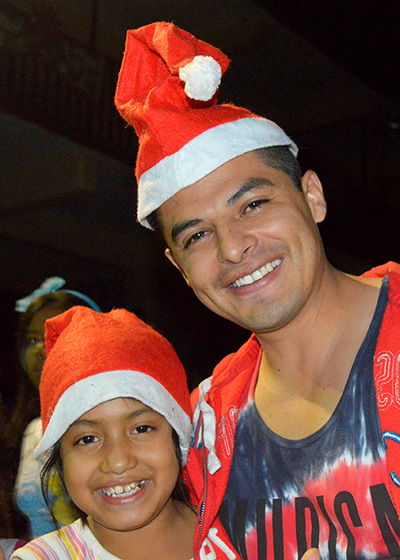 Hugo grew up at NPH Mexico; he entered the home in 1992 when he was 10 years old with his three brothers because his family was in a grave economic situation.

From the beginning, Hugo’s life at NPH offered structure and the opportunity for an education. He started his 5th school year in NPH and although it was an adjustment, he got involved with numerous activities including the dance group, music group, the soccer team and chess team. He even traveled to the US with the dance group.

When he was older, Hugo studied computer programming at our technical high school. After graduating, Hugo received a 100% academic scholarship to attend one of the top private universities in Mexico, Anahuac University, in Mexico City. There he earned a Bachelor’s Degree in Communications.

Hugo came to work at NPH in May 2010, having benefited from a variety of work experiences. Today, he is the Administrative Director of NPH Mexico. He maintains close ties with the children at NPH. He can often be found spending time with our high school youth, playing soccer and participating in racquetball tournaments. NPH is a place that fills him with fond memories such as those from his year of service, when he was the mail carrier between Cuernavaca and our home for younger children in Miacatlán.